Looking quickly to the P30 Pro you can even mistake it for a Galaxy S8 or S9. The differences are on the "U" shaped notch, that allows better screen-to-body ratio And drifts away from the hole on the screen found on the S10 rival.
And some details like the buttons, all placed on the sabe side, and without a dedicated one for the virtual assistant.
So, no mistaken activation for Bixby or Google Assistant – not even accidentally.
The back has cameras in a position that resembles the iPhone X and its successors.
Huawei also adopts a finish with gradient effect, more apparent on the other colors.
We've received the black variant to test, but there's still the blue and red one, also very pretty.
We have here six cameras: four on the back, one for selfies and another one to read your fingerprint with an optical reader Positioned under the screen.
Which is also where the speaker is located.
You'll listen to the sound through vibrations on the screen.
But its technology, not witchcraft.
The body is made of metal and has IP68 certification with protection for water and dust.
But of course, its not just rainbows and butterflies – the cameras have a noticeable bump so It is a good idea to use a case to protect them agains scratches.
Besides that, the P30 Pro doesn't have the standard input for headphones but, At least, it comes with an accessory that has the USB-C conector.
Oh yeah, this little guy also accepts two SIM cards or a Sim card and an expansion card But it's a proprietary solution from Huawei called NMcard – will we have this here in Brazil? Huawei repeated the Mate 20 Pro hardware and those who only look at benchmarks will think that it was not a good idea, After all, the Huawei P30 Pro stays behind the Galaxy S10 Plus with Exnynos chipset on AnTuTu, This even with the Performance Mode activated here.
But the P30 Pro results in our performance test was even better than, let's say, it's older brother.
Actually, it tied with the actual leader, the Mi 9, And this with an already "outdated" hardware and without using the performance mode.
Those looking for a smartphone to play games will find here a great option.
We have tested some titles and all of them worked really good.
You can play the ultra-popular ones like Fortnite, PUBG Mobile and Alsphalt 9 And any other title available on the Play Store – with no lags whatsoever.
We are finally living a very welcome revolution on the battery capacity in our smartphones.
Despite the P30 Pro having just a bit more charge capacity than the Galaxy S10 Plus, it delivers a way much longer use time.
In our standard test it took never-ending – for who was shooting the test – twenty two hours and forty minutes.


That's almost a whole day! Oh yeah, the Huawei devices turn off with 2% of battery to ensure that your alarm clock will ring in the morning, in case you didn't notice that the battery was low.
You may be thinking that with that much of use time the recharging times will also be very long – that's a mistake.
Huawei included a 40 watt charger in the box and we've timed around an hour to go from 0 to 100%.
Still talking about battery, the Huawei P30 Pro  has wireless charging abilities And can even share the juice with other devices that are also compatible with this feature.
Its not very fast, but it can help that friend that is running out of battery Or even be used to recharge wireless headphones or smartwatches, for example.
Oh Huawei, so many configuration options but a lot of useless things at the same time.
I don't even know what to say, just feel.
In fact, I know what to say.
The EMUI 9.
1, which is installed on the P30 Pro, Is a good interface that offers cool features like, for exemplo, gestures different from other Android devices – Which, by the way, we personally loved it – besides a home screen that can be configured to show all apps or to use an app drawer Always on display, performance mode, battery save mode Ultimately, if there's a feature on Android, probably you will also find here on the EMUI too.
The problem is that these options just have two sets: on and off – there's not much to customize.
The always on display, for exemple, will always show a black screen with date and time And some apps with notifications, battery – everything in white.
There's no way to change this natively.
This limitation extends to other options where you can only turn it on or off.
Of course, this can be fixed by Huawei with an update.
Another CON worth mentioning are the useless apps found here Like the mirror one, that it's basically a front facing camera with some specific features to help you put on make up or something like that.
And nothing more.
And, at least, a good app is the smart remote control that allows you to turn off someone else's TV Or, better saying, to control your compatible devices from afar.
The final balance is very positive with that many options for settings.
The best in photography, rewriting the rules of photography, The best score on DxOMark – these are many compliments we hear about the P30 Pro's photographic abilities.
But will that bunch of cameras and features deliver good results? According to our tests, yes, in most case scenarios.
With good light there is not much to complain.
A great structure, good sharpness, nice level of details and fine exposition – but the colors come out a little washed out. 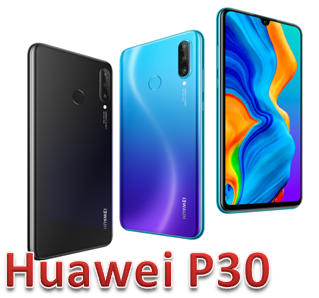 On the S10 Plus, that has a variable aperture, the colors are more attractive and even match better the real life subjetc.
But we really do expect that the flagship is able to capture good pictures in favorable light conditions.
What about in lowlight? We've noticed that the P30 Pro is somewhat irregular; sometimes it delivers a great result but on other times it captures a pretty bad picture.
But this also happens with the S10 Plus, let's be fair.
Here we have an example in which the Huawei device was better, with and without the night mode activated.
The issue with the night mode is that depending on the amount of light present on the scenario You may have to hold the device steady for 15 seconds or even more, for it to shoot several pictures and combine into one, So that we can see something.
The wide-lens camera has some issues at night, but is able to capture better pictures than the ultra-wide sensor from the S10 Plus.
By the way, if you're wondering what is the advantage of having an ultra wide lens, check out this image.
This is the traditional camera and this is the wide one.
See how we are able to fit much more city in the frame.
Both pictures were shot on the same location – and I didn't walk forward or backwards, not even a single step.
Oh, the P30 Pro has a third extra sensor.
It is a tele-objective lens with optical zoom up to five times.
Great for images with subtle sunlight but not that good (but still pretty acceptable) for pictures taken in lowlight.
And it zooms in way more than the two times tele-objective lens from Samsung, But hold on, there's more – Huawei uses this five times zoom combined with a digital ten times one To shoot pictures with up to fifty times zoom.
Yeah, the pictures are not that good, but you can have some fun Or try to shoot the moon.
It's pretty hard because of the amount of zoom, any movement and make you lose the frame.
And you will have to hold steady for a while in order for the smartphone to process the image correctly.
There is still one more camera to tale about, but its a ToF sensor, that measures the distance between the subject and The smartphone – so the device can capture photos with an effect that mimics in a very good way the blur effect seen on professional cameras.
And you don't even need a lot of light for that, in fact, it follows in a nice way the quality found on the main camera, But with the blur effect.
Way better than the Dynamic Focus from Samsung.
By the way, speaking about Dynamic Focus, Huawei has the Aperture Mode, which is very alike, but with the advantage being the ability to shoot videos with blurred background.
But it depends heavily on good light conditions, for it to make the perfect cutout – and also, a lot of movement can en up confusing the cutout.
Finally, the selfies; the final quality is better than the Galaxy S10 With more texture, better details, but with less light, things get a bit complicated.
In this case, the P30 Pro delivers noticeable noise, losing lots of image details – yeah, it's hard to say anything good about that.
The Portrait Mode is also better; even with the ToF sensor, the S10 Plus still makes lots of mistakes And the P30 Pro has a reasonable solution softwarewise.
With patience, you can shoot great pictures with both devices.
To end this video, let's talk about the video shooting abilities – the quality is not exceptional, but it gets the job done.
The P30 Pro loses details, specially when the subject is moving, Or if the person who is shooting is moving – this, of course, comparing it with the S10 Plus.
But considering mid-range rivals, the P30 Pro is way ahead on this category.
Huawei really wants to surpass Samsung in smartphone sales And it's not holding back, delivering great smartphones.
Camera-wise, you may not have the best set – like the DxOMark states But, at least for photos, it is one of the best ones.
That many features with four great camera sensors – it's hard not to shoot great pictures.
But the P30 Pro's trump is way beyond its camera – the battery is amazing, even when recharging The performance is not that behind the rivals; the screen also has great quality.
The CONS are barely there, they are merely details.
The mono speakers with volume lower than the rivals, The fact that the expansion card uses a proprietary format from Huawei, for exemple, For those wanting to expand the memory beyond the 256 GB, And also, the lack of a standard headphone jack And the interface issues, that are easily solved And something that we expect Huawei to fix it overtime, like Samsung already did.
Speaking about prices, Huawei released the P30 Pro overseas with almost the same price tag as its Apple and Samsung rivals And here in Brazil it should follow this patch, to reach those of you looking for a smartphone on the elite category.
Generally speaking, by the way, it's even better than the Galaxy S10 Plus or the iPhone XS Max.
If you want to see high quality versions of the pictures shot in this video, just click the link on the description.
We also have links with great deals for the device And you can already share your thoughts and doubts on the comment section below.
Don't forget to drop a like here in this video and subscribe to our channel.
I am Felipe Junqueira for TudoCelular and I'll stay here.
A big hug and see you soon.
Source: Youtube
By Dr IM
Labels: Huawei P30 Pro Review, mobile review
Email ThisBlogThis!Share to TwitterShare to Facebook
- April 28, 2019