Now RGPV announced the 2nd year 3rd sem Pharmacy syllabus. In this Scheme there are 6 subjects with practicals. The RGPV CBCS 3rd Sem B Pharma syllabus of 6 subjects are as follows: 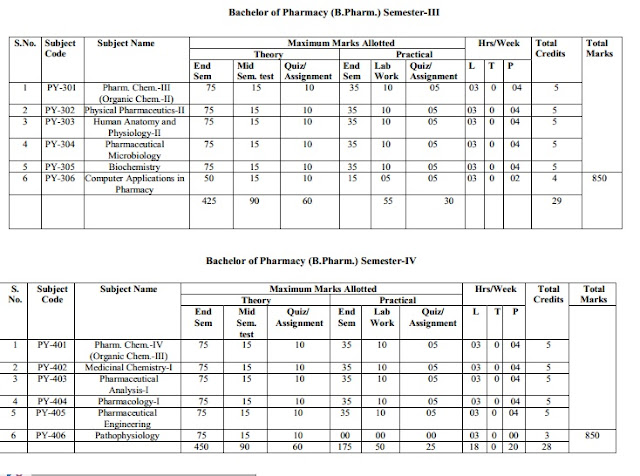